--- Please support our authors by visiting their links, buying their books and supporting their work --- 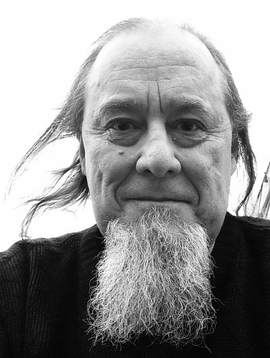 Leo rivers:
Leo is a poet and Buddhist who lives in Cottage Grove, Oregon, about 20 miles south of Eugene; a little town of 10,000 diverse souls on the coast fork of the Willamette. Born in the paranoid Manichaean U.S. versus the Soviet empire shadows of World War II - graduated in time in 1969 to drive up the I-5 Freeway and spend a year in the Haight-Ashbury in San Francisco, which was like a Bangladesh refugee camp for all the abused children of the American Midwest. City Lights was there, as was Lawrence Ferlinghetti and the readings up on the North Beach. Leo tried New York City for a year after that, then took his true love back to California. He has been published in Denali magazine eight times. He now has a little home built in the 1930s and a half-feral female cat has decided Leo is her two black kittens' daddy. Cottage Grove has an amazing cultural scene, and Leo has found home.

You can read some of Leo's poetry and listen to him perform it at the Oregon Poetic Voices project: http://oregonpoeticvoices.org/poet/366/ 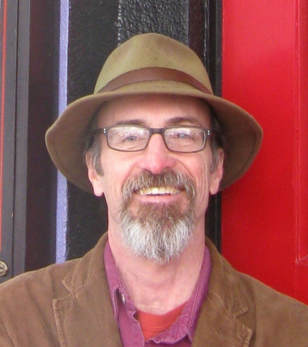 ​​Charles Mattoon:
Charles grew up in California and Oregon, sowed oats and jumped out of airplanes in Wyoming and Utah, picked up a degree in Comparative History of Ideas in Seattle, and an MA in English Lit in Bellingham with a sojourn in the South of France. He’s a contemplative truth-seeker who’s done various blue-collar work to get by. He was a pretty good trumpet player as a youth, performed lead roles in modern dance in college, and then took up stage acting and improv, the cherished high point playing Hamlet at a small theatre in Bellingham. He now lives in Cottage Grove where he performs his poetry every third Tuesday night at the Axe and Fiddle. In warm seasons he writes short poems on the spot on a requested theme at the local farmer’s market for donations. He’s also competed at many Tsunami Books Poetry Slams. He acts and writes for local theatre, does some gardening and helps out his dear old Mom while working on writing projects and trying to divine some sense out of this mad beautiful opera world.