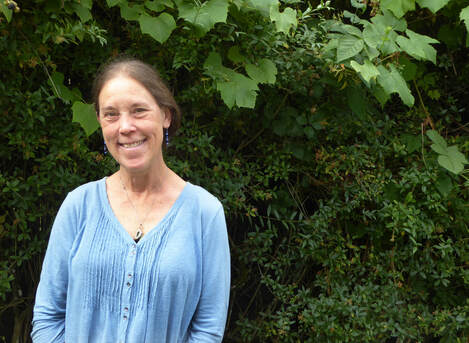 Carter McKenzie:
Carter McKenzie’s work appears in numerous journals and anthologies, including What the River Brings: Oregon River Poems, Canary, Sisyphus, Turtle Island Quarterly, The Berkeley Poets Cooperative: A History of the Times, and the poetry anthology Of Course, I’m a Feminist! Along with poet Jenny Root, she co-hosts the Springfield Poetry Series at the Emerald Art Center in Springfield, Oregon. A co-founder of the Northwest poetry collective Airlie Press, Carter continues to support the press as a member of the board of directors. Since 2015, she has been an active member of the Springfield-Eugene Chapter of SURJ (Showing Up for Racial Justice). Carter lives in a small community in Western Oregon’s Middle Fork Willamette watershed region, which has been her home for the past twenty-three years. Stem of Us, released by Flowstone Press in May 2018, is her second full-length book of poetry. (Photo by Paul Dix)

Review of Stem of Us:
https://leftfork.org/cartermckenzie/ 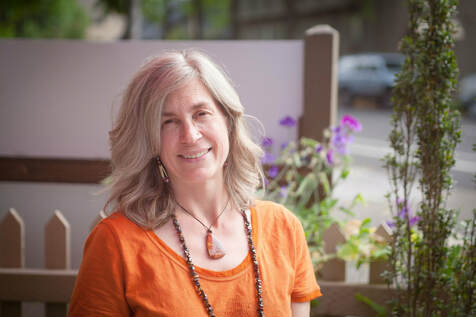 ​​Jenny Root:
Jenny Root was born in Pullman, Washington, grew up in the suburbs of Detroit, later moving to Hamtramck, Michigan, while attending Wayne State University before moving to Eugene in 1989. She worked in publishing and bookselling for a number of years, and coordinated the Lane Literary Guild in the 1990s. She now works as an editor and event planner for a nonprofit in criminal justice.
Her full-length collection of poems, The Company of Sharks, was published in 2013 by Fae Press. Individual poems have appeared in basalt, CIRQUE, Cloudbank, Crab Creek Review, Elohi Gadugi Journal, among other journals, and anthologized in New Poets of the American West. She is the recipient of two residencies at PLAYA in southern Oregon. She hosts the Springfield Poetry Series with Carter McKenzie. She is learning the joys and perils of parenthood raising two cats and two Alaskan malamutes with her husband, James.