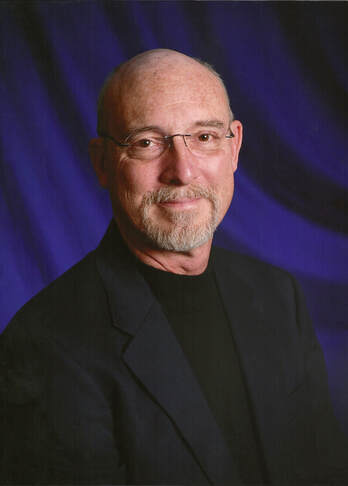 Charles R Castle, Jr.:
Charles R. Castle, Jr. was born in Portland, Maine, in 1951. He grew up in rural Connecticut and went to college in the Adirondack Mountains of upstate New York. Eugene, Oregon has been his home for forty years. As a young writer Charles was published in Hanging Loose. He began writing poetry again after the death of his parents in 2014. He has four books: Living with Patriarchs, A Season’s Second Coming, A Good-night in America, and Chasing Down the Storm.
His poems are included in several anthologies.

Chasing Down the Storm 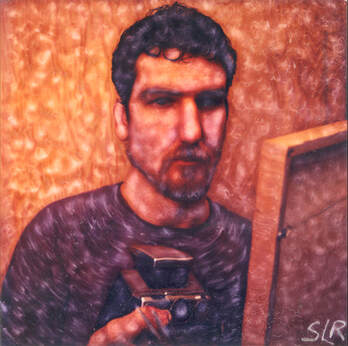 ​Steve La Riccia:
Steve La Riccia, a Eugene, Oregon based self-unemployed artist is well-known for his painterly SX-70 Polaroid manipulated photographic work produced from 1978 to 2009. He is a figure in the Eugene art scene, producing the popular “Salon des Refusés,” an art exhibition of refused artists from the Eugene's Mayor's Art Show since 1991, and for the past 20 years, gallery coordinator for the New Zone Arts Collective, an alternative non-profit art gallery.
Since 2011, La Riccia / Steamworks R & D Labs has created interactive and kinetic Steampunk, Dieselpunk & Atomicpunk contraptions cobbled together from antique found objects. "Kids ages 6 to 96 enjoy my contraptions." 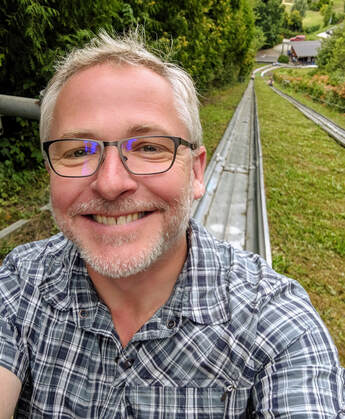 ​Jon Labrousse:
Jon Labrousse is a father, Montessori middle school teacher and avid ukulele player who heads up and instructs the local student music phenomenon, TRUE (The Ridgeline Ukulele Extravaganza). He is also a lover of words. His recent poetry strips away the flashy fanfare of his years on the local and national poetry slam scene. Intimacy and authenticity are the core of his way in the world. Each poem will feel like a warm, wet kiss on the mouth.