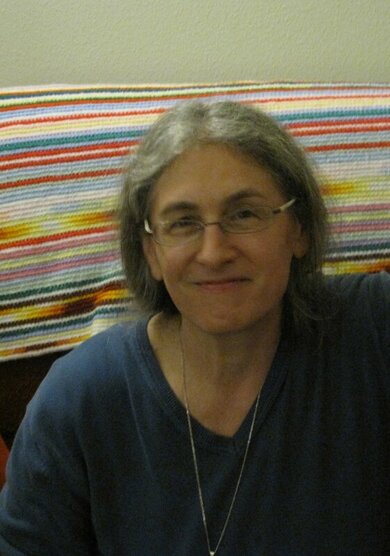 Sabena Stark:
Sabena Stark writes poetry, prose, and music. She has been a single mother, a composer, a student and performer of West African and Middle Eastern percussion, a Klezmer musician, a teacher of music theory and Jazz piano, a waitress, a bookkeeper, finance director of several non-profit community agencies, an interfaith hospital chaplain, leader of singing and meditation groups for people with cancer and other chronic illnesses, trainer of many puppies and kittens, and a child of immigrants.

Her work has been published in a number of literary magazines including Georgetown Review and Bridges Journal. Her poem, “High Holy Days,” appears in the anthology, Before There Is Nowhere to Stand: Palestine / Israel: Poets Respond to the Struggle (Lost Horse Press 2012). Her song “Learning How to Fly,” (Sony/Epic), was recorded by Tuck & Patti and is performed around the world. Sabena is a graduate of the UO School of Journalism & Communication’s Literary Nonfiction Program and UC Berkeley’s School of Music. Her book in progress received the Oregon Literary Arts Fellowship. She lives and writes in Eugene, Oregon. 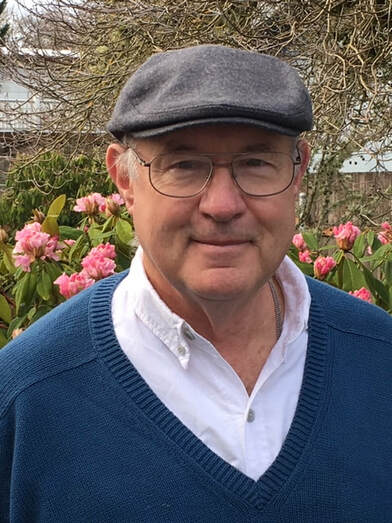 ​Paul Halupa:
Born in the coal mining hills of Pennsylvania, Paul spent most of his formative years in San Diego, with a three-year diversion to Naples, Italy. In 1970 Paul trekked north to Eugene to play basketball for the Ducks, and 45 of his last 49 years have been spent in Lane County. He’s coached basketball, but spent almost four decades in English classrooms, the last 29 of which in east Springfield at Thurston High School. With Marylou, his wife of 43 years, he shares three children and seven grandchildren. His poetry can be found only in his notebooks … but he’s grateful for this opportunity to share a bit of his verse today.