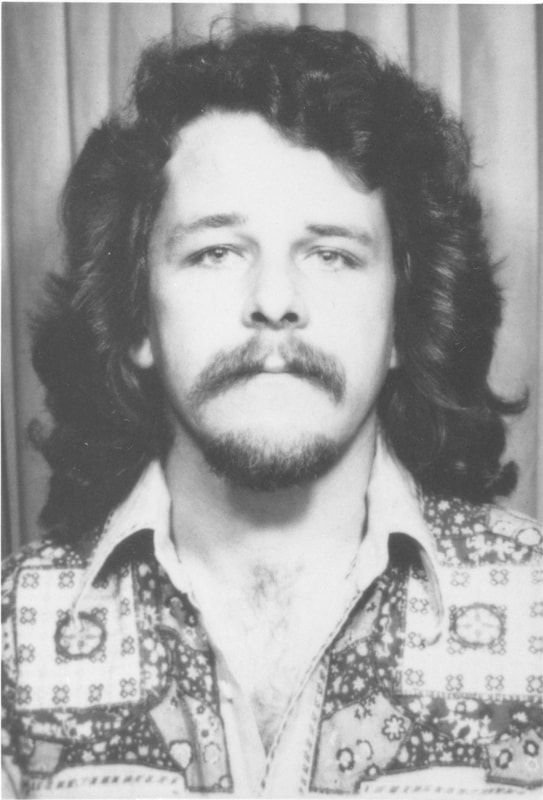 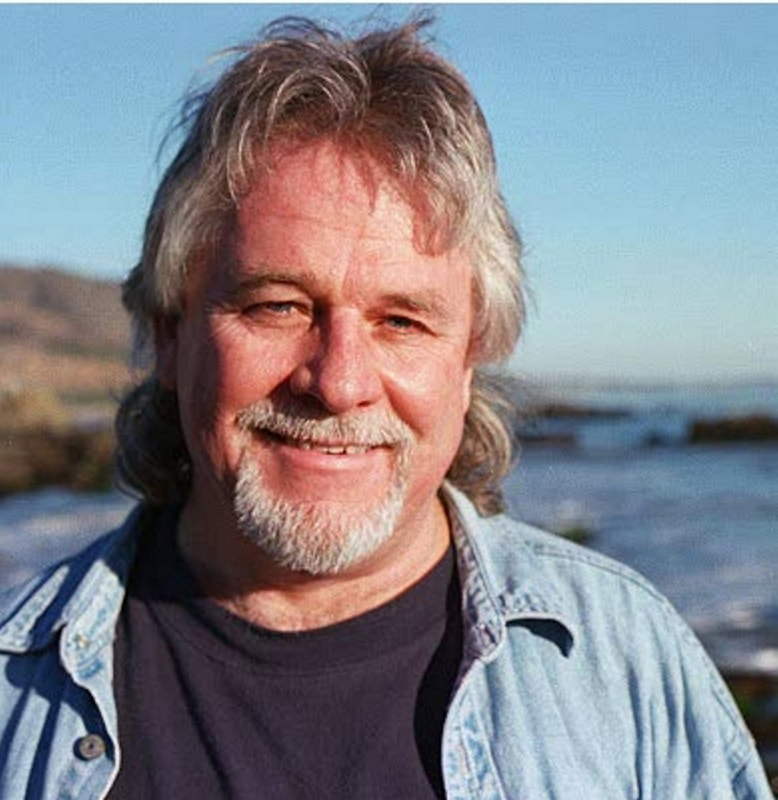 C. Steven Blue is the poet pen name for Steven C. Schreiner. He is retired from a 27-year career in live theatre & television production in Hollywood, California. In retirement he is self-employed in a successful second career as an author, micro-press publisher, and producer/host of literary/arts events in Eugene, Oregon.

Steven is a widely published poet, with his work represented around the world. He has been interviewed on radio, television, in print and online. He has read and performed his work in person, from coast to coast, and online around the globe. His poetry has poured out of him since he was a boy, winning his first poetry award at age 12 (you can view it at the bottom of this page).

Steven's poetry description is broad: He is a performance poet, a street poet, a rock-n-roll poet, a political poet. He has been called one of the Last Hippy Poets (of the Woodstock Generation). He has been referred to by younger poets as a modern day Robert Frost. No matter how you regard him, his lyrical, easy to comprehend poetry is definitely . . . Poetry For The People!

How does a Hollywood, blue-collar, street kid, who never completed high school, become the published author of seven books of poetry, a publisher of other authors, and a producer and host of poetry and arts events, that continually give exposure and opportunity to countless other writers, artists and musicians? The answer: Steven is a self-taught author and publisher, whose quest for knowledge is only surpassed by his creative intent. He has always struggled for excellence, whether in writing, art, music, learning how to be a publisher and producer, or paying it forward by helping others, to the best of his ability. Excellence is elusive, of course, but Steven has always been his own, best self-critic, which helps.

"My poems have poured out of me since I was a boy, often straight from dreams, but definitely from inspiration. I have a good muse! I write when the inspiration strikes, and this process has led to a lifetime of work that will fill at least 20 books. I know most writers labor long, and agonize much, over their work. I do not recommend my process as the best for others, but it works for me.

HIgher education certainly has its benefits; so much so, that I can only wish I was more fluent or knowledgeable about many subjects that interest me. I have seen many around me reap the vast benefits of higher education, while I remain mostly self-taught. That said, I did teach myself to do desktop publishing when it was in its infancy, and I continue to pursue this process with the most modern self-publishing software available. I utilize my artistic instincts in my publishing, I teach and help other authors in their publishing efforts, and I'm glad my tenacity for learning and self-improvement has born fruit that can help other people.

I first started writing poetry in grade school in Pasadena, California, at Longfellow Elementary (named for poet Henry Wadsworth Longfellow). I would like to add that I have my fourth grade teacher, Mrs. Kime, to thank, for first sparking my interest in poetry. Because of her, I was able to win my first poetry award.

I would be remiss if I didn't mention addiction and recovery, which have played a big part in my life story. In my youth I became addicted to drugs and alcohol. Alcoholism runs in my family. My dad was an alcoholic. He stopped drinking later in life when he found religion. Alcoholism took the life of my grandfather, who died from cirrhosis of the liver. My addiction took its toll on my own life, my work, and on my family.

I got clean and sober when I was in my 30s. I was working at ABC television and several colleagues at work who cared about me did an intervention on me, in October of 1987. I went into a 30-day addiction treatment program and never looked back. As of now, I am clean and sober for 33 years. I was very involved in the recovery fellowship for my first 20 years of sobriety. My book, S.O.S. ~ Songs of Sobriety ~ A Personal Journey of Recovery, chronicles the first ten years of the recovery process, in chronological order, completely written in verse."

If you are someone suffering from addiction or alcoholism, there is hope and there is help.
All you have to do is reach out.
You can call the addiction/recovery helpline (SAMHSA): 800-662-HELP (4357),
or call the Alcoholics Anonymous office closest to where you live.​
C. Steven Blue is also the pioneering author of the very first poetry chapbook actually published as a Facebook page! Created in 2016, it is a multi-media, cyberspace experience, completely free to read, hear and watch! You can experience it here: Facebook Chapbook.

Like many other authors, Steven likes to read his work in front of an audience, but he also likes to perform it. He performs many of his poems accompanying himself on hand drums, with original music, or both. He creates music and rhythms to match the poem he performs. As an amateur musician and recording engineer, he has spent years perfecting these skills, which are also self-taught.
As a producer and host of literary and arts events in Eugene, Oregon, some of Steven's most popular events have included the Poetry Workshop & Poetry Showcase at the Eugene Public Library (2012-2014), the Oregon Author Book-signing Series @ Eugenius Market (2012), the Eugene Poetry Open Mic (2012), The Poetry Stage @ Festival Of Eugene (2014-2015), and the Poets Corner bookselling events, three times a year (2016-present). These three events give published authors (with new books) an opportunity to sell their books to a local audience. For four years now, Steven has produced and co-hosted BURNIN' DOWN THE BARNES, a monthly literary reading series and open mic, at the Eugene Barnes & Noble Bookstore. Many of these events are part of local fundraisers and benefits, or help specific charities and causes.  **All of his current events are on pause due to the pandemic.

Steven personally videotapes many of his events and readings, which he then posts on his YouTube channel. Over the years, his events have helped countless authors, artists and musicians to gain wider exposure. He has hosted readings and open mics, in both California and Oregon, for more than 30 years.

In retirement, Steven and his wife, Paulette, live in Eugene, Oregon. They have six children, three each, and Steven has four grandchildren. 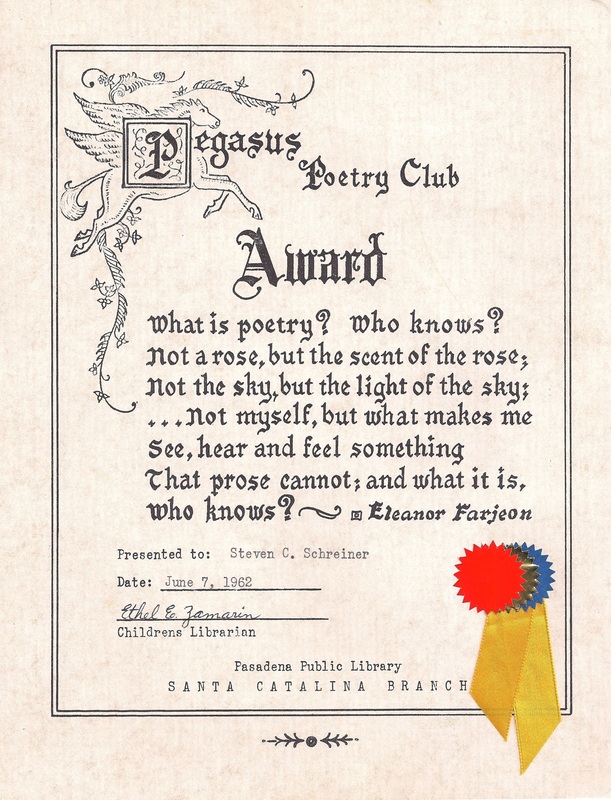